Main motif of “still-life” series is dead animals which were depicted in classic hunting paintings. The animals in old paintings seem to be represented as a mid-image between a living one and a meat, which is neither a wild animal nor a still life. On the surface of my works, time passage makes a gradual decomposition of white coats of urea and makes brownish patina on silver leaves to emerge a hidden image of animals. An image of dead animals in my works is alive to transform momently the appearances, while those in the classic painting have been frozen. 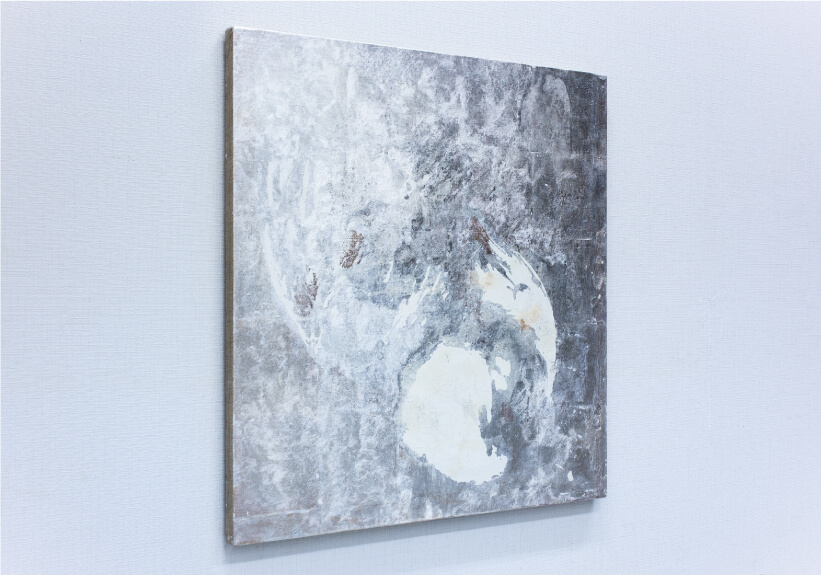 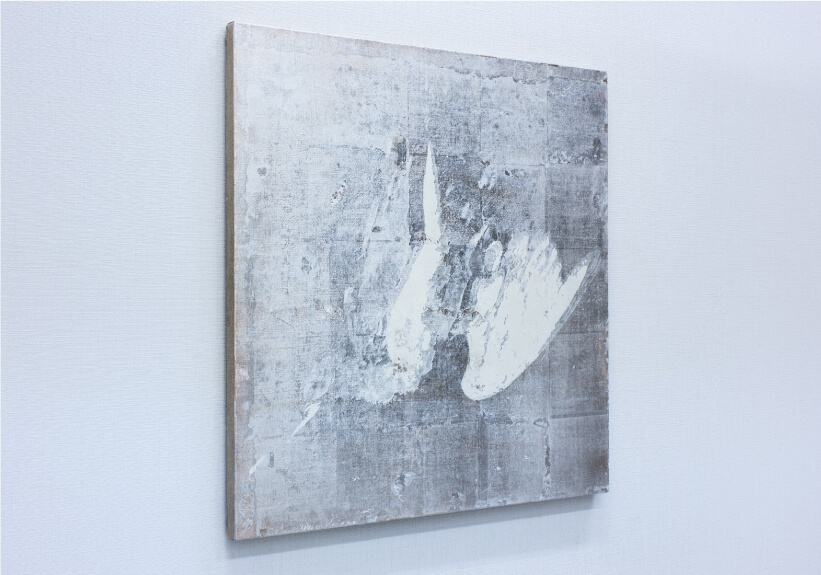 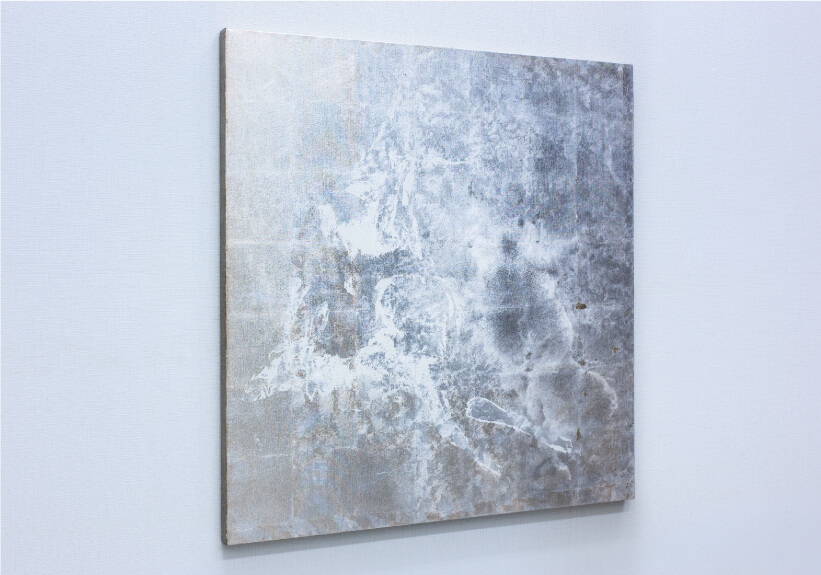 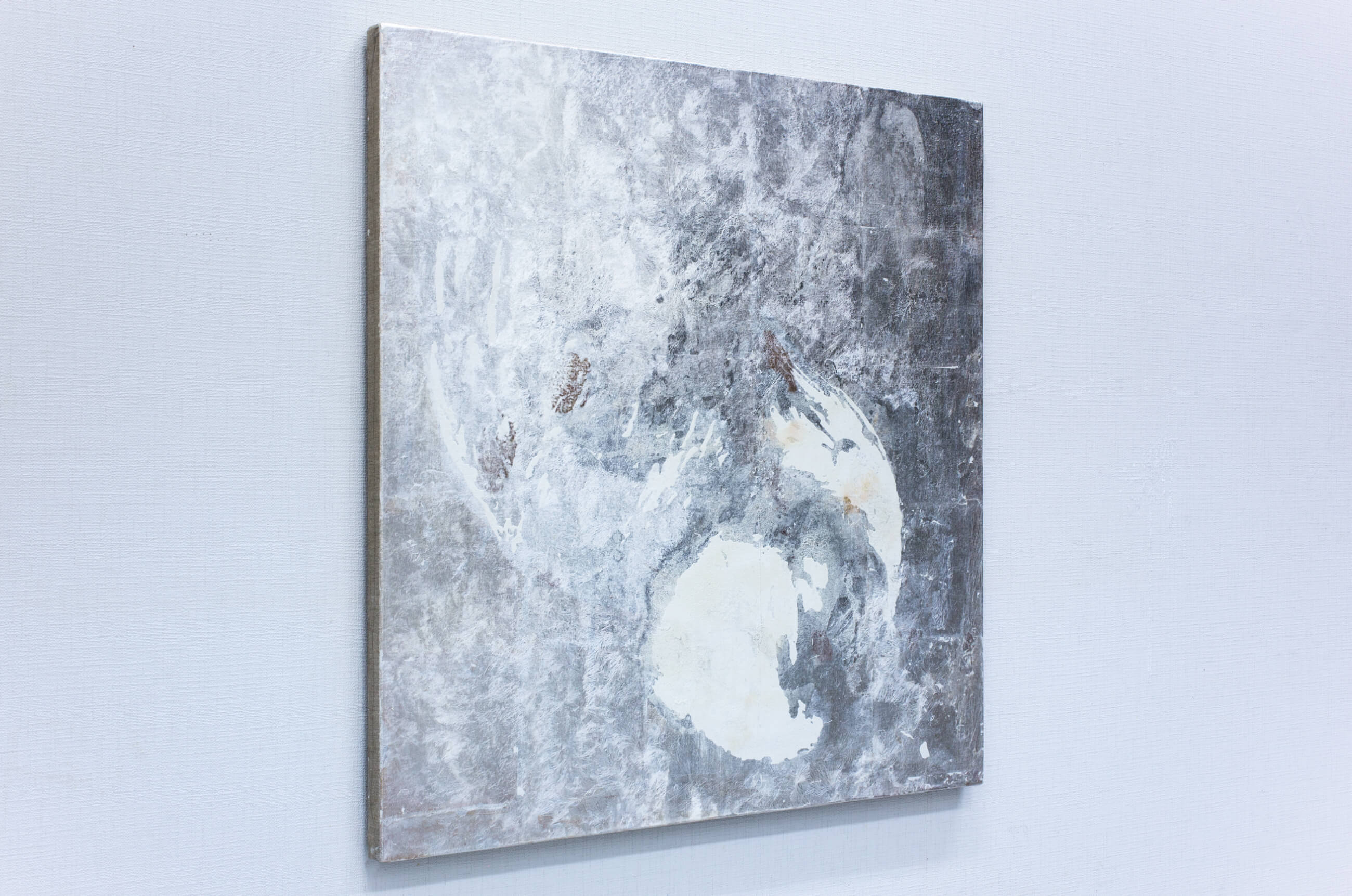 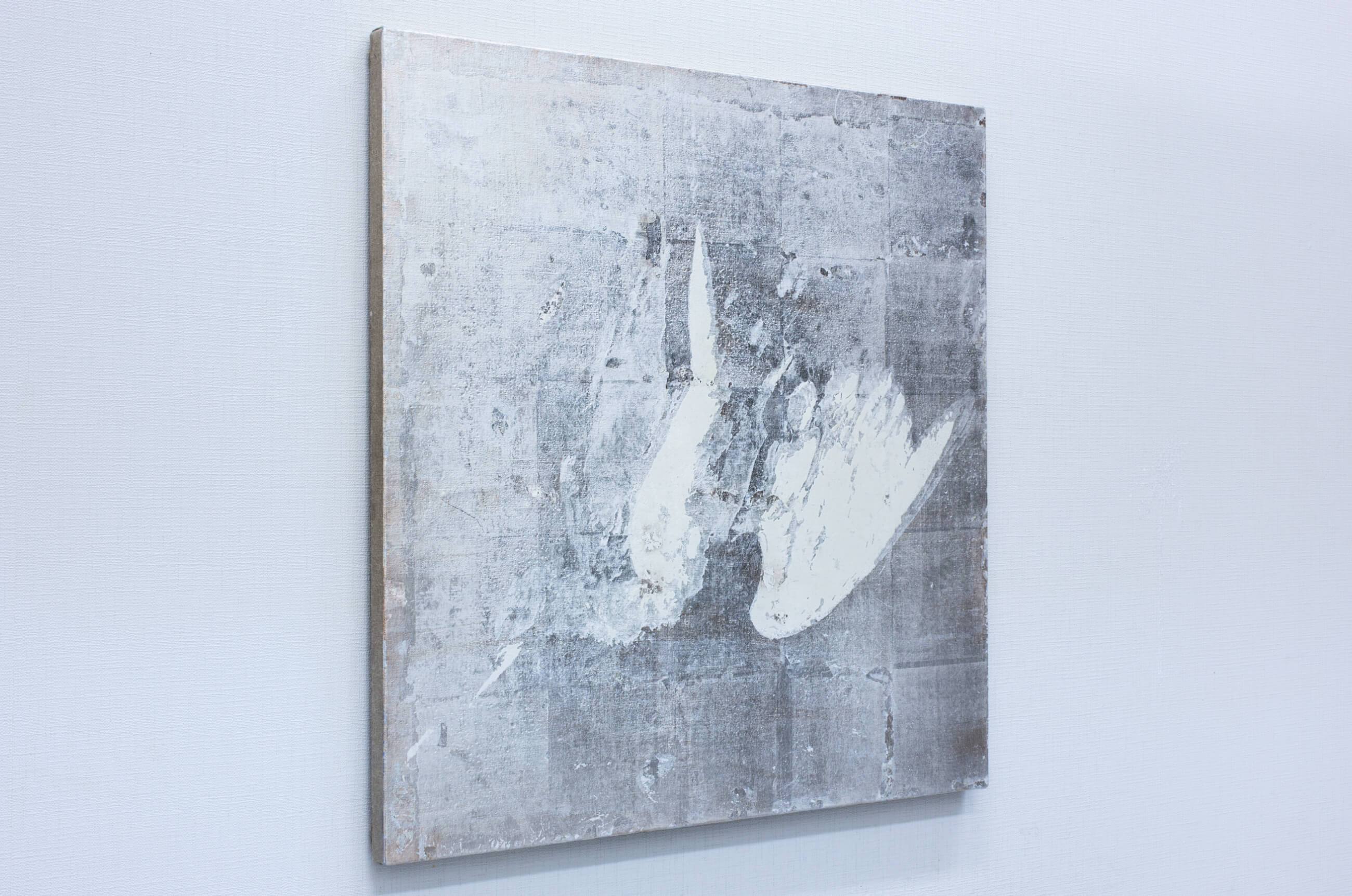 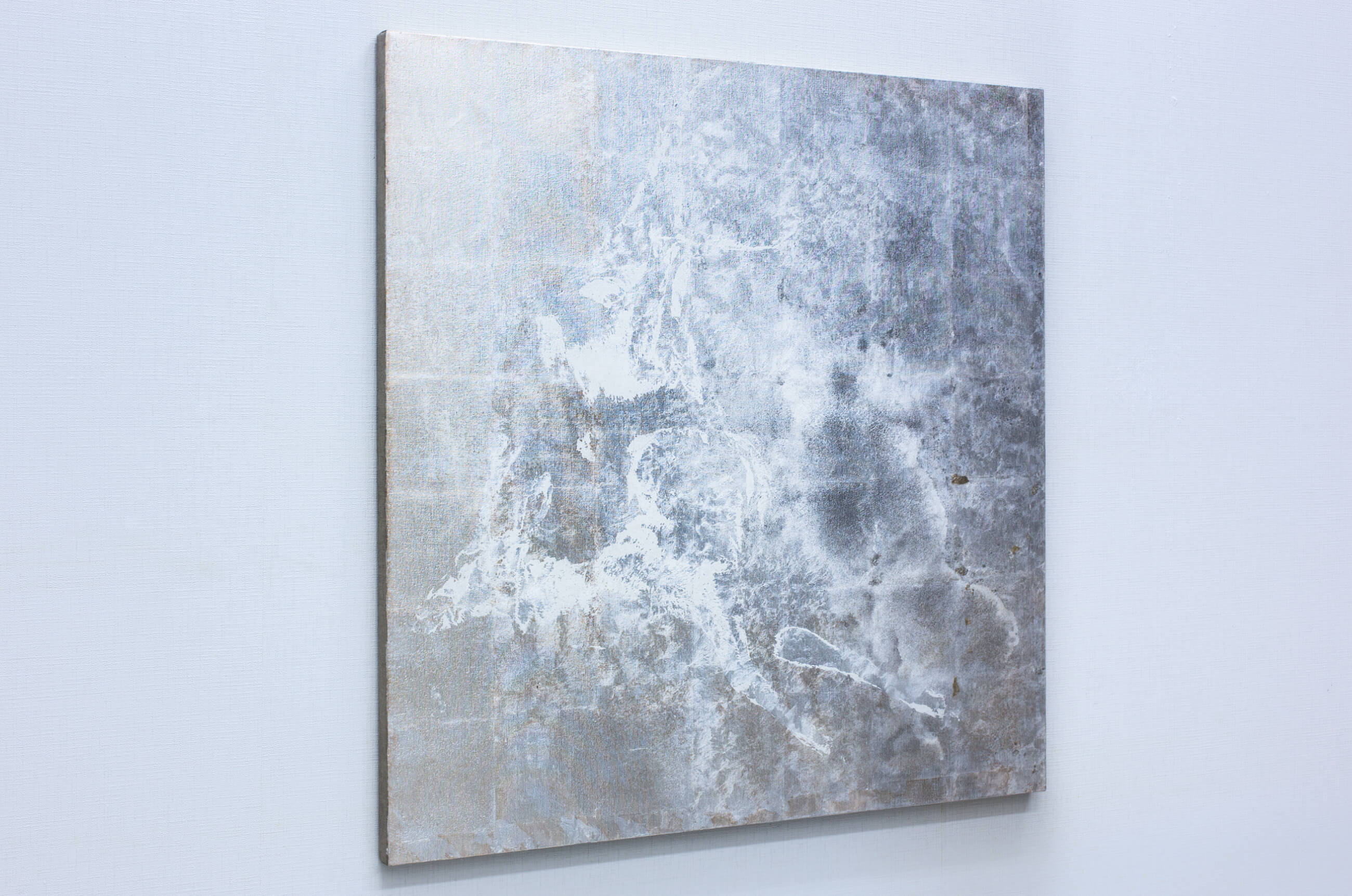 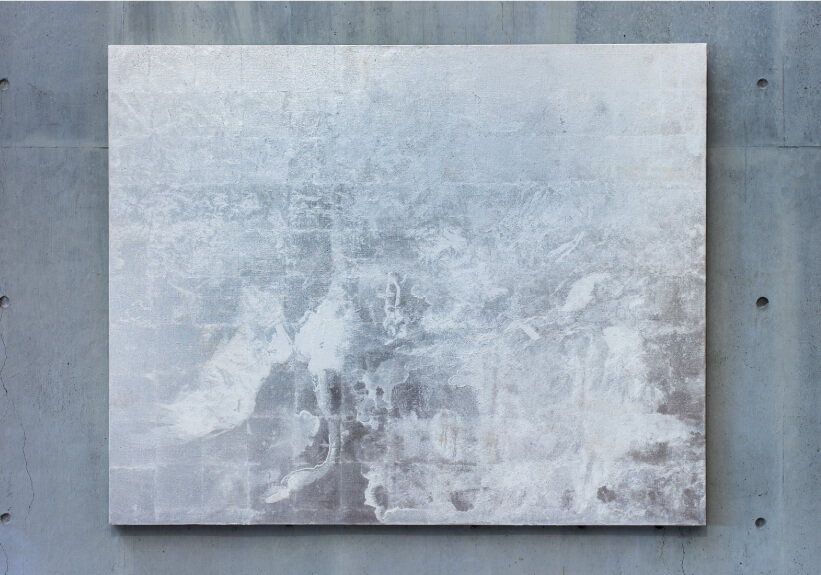 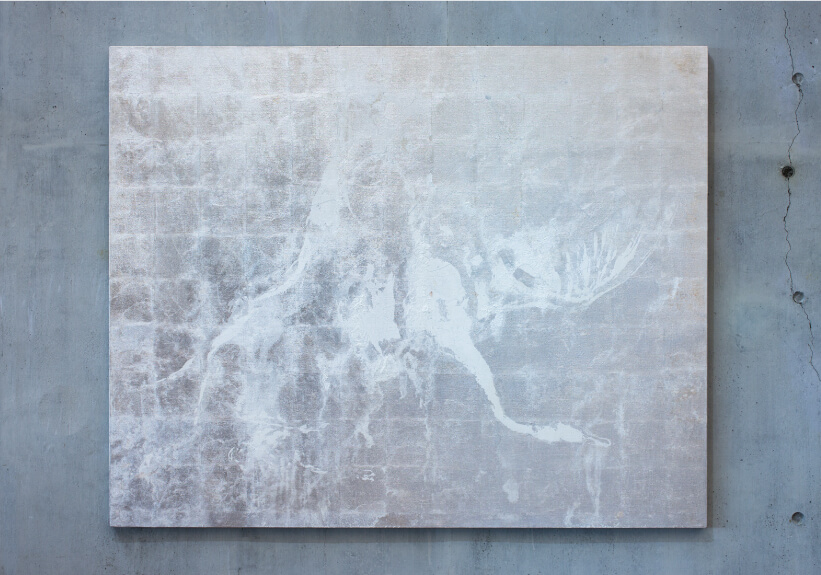 still-life (since November, 2019) swan and deer 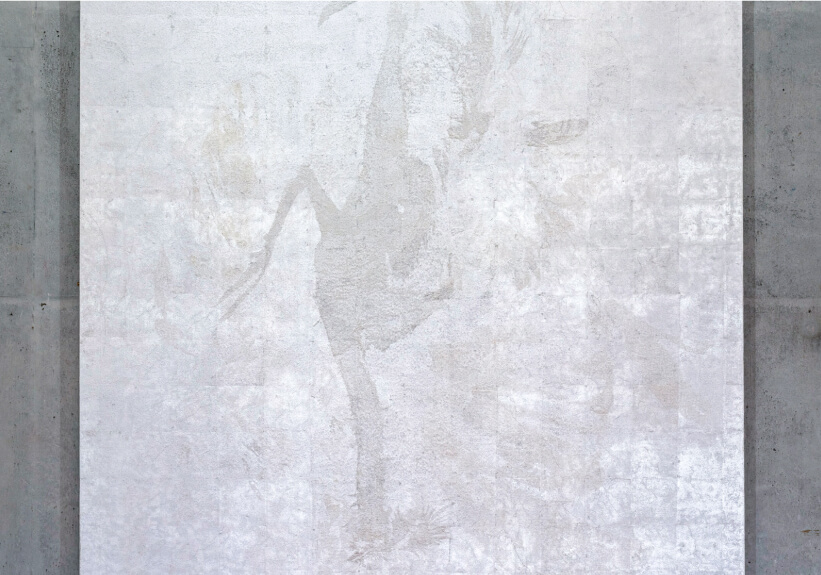 still-life (since January, 2020) chicken or bird 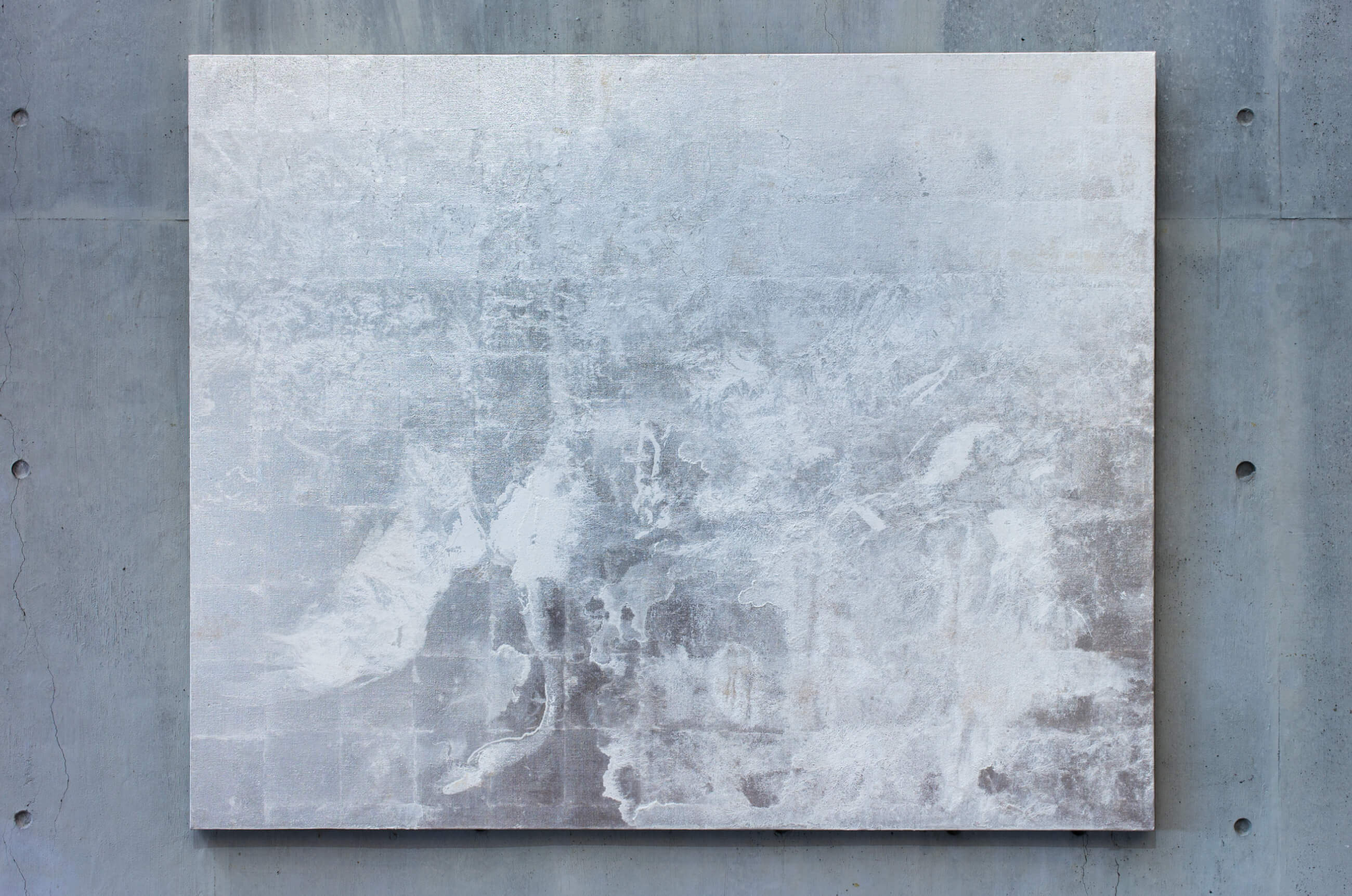 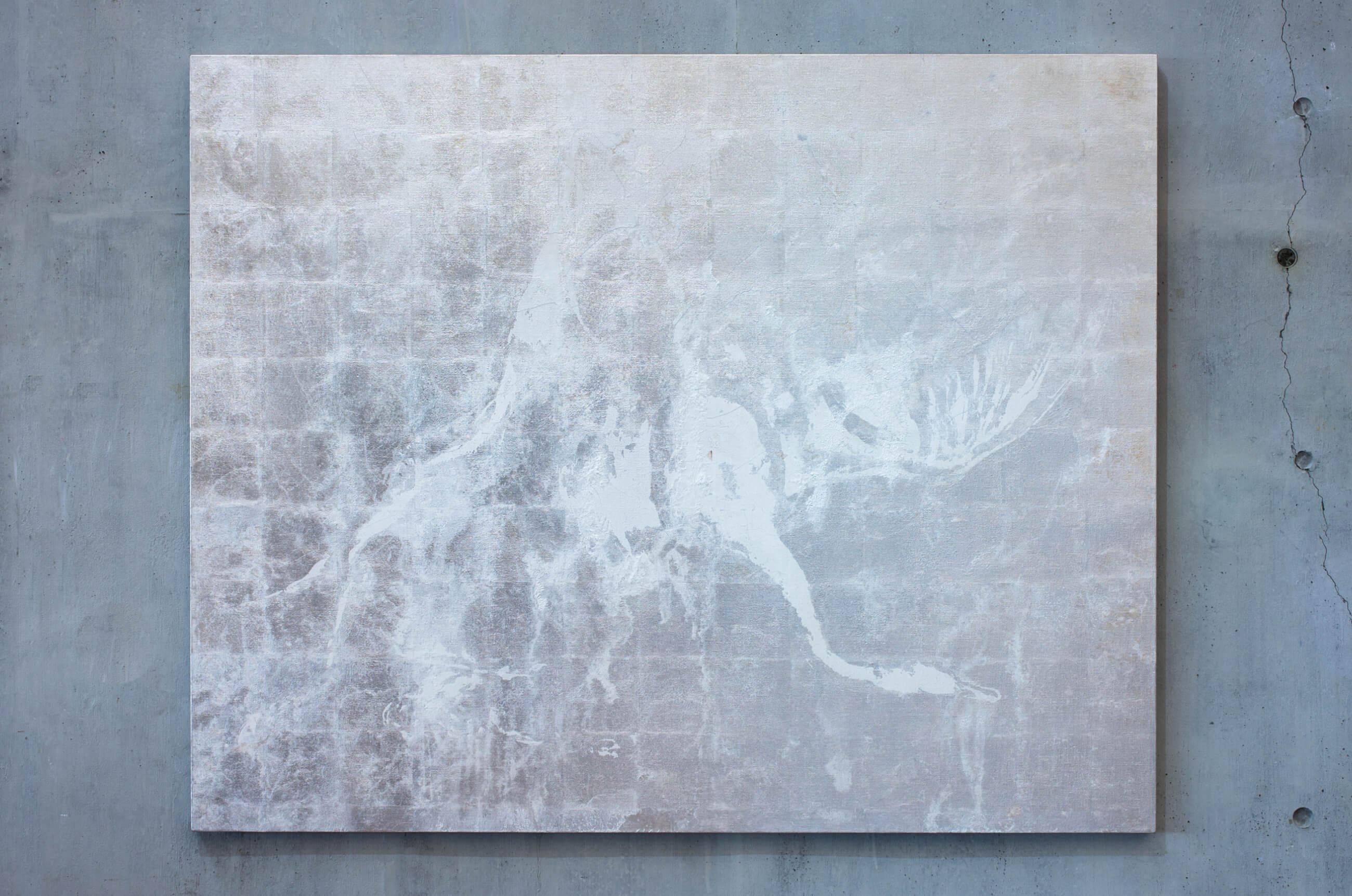 still-life (since November, 2019) swan and deer

still-life (since January, 2020) chicken or bird